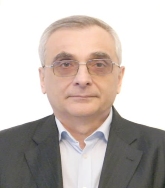 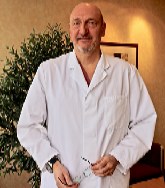 Dr. Ulf Thorsten Zierau is the Founder and CEO of Saphenion, Germany. He is one of the first vascular surgeons who were allowed to work in the artery system using catheter technology.Although he is a surgeon and vascular surgeon with a passion consistently with the gentlest treatment methods work when it comes to removing spider veins and varicose veins. This led to an all-changing decision in 2012 - no more radical surgery on the venous system! No stripping and no phlebectomy (checkmark method). His Researches mostly focus on Vascular Surgery, Endovascular specialist artery, Endovenous Surgery, phlebology. 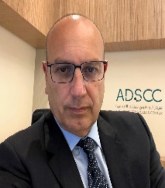 Dr. Ottorino Del Foco obtained his degree (Cum laude) in Medicine and Surgery at the University of Siena (Italy). He completed his PhD in Angiology and Vascular Surgery in Barcelona (Spain) in Santa Creu i San Pau Hospital. In 2010, after 8 years of practice in Torrecardena Hospital in Almeria, he formed a vascular unit in HLA Mediterraneo Hospital. In 2014, he became head of vascular department in Vithas Hospital Almeria. In January 2021, he joined Abu Dhabi Stem Cell Center in Abu Dhabi with the task to develop a regenerative treatment in no option CLI. He is member of the Spanish Society of Angiology and Vascular Surgery and the European Society of Vascular Surgery. 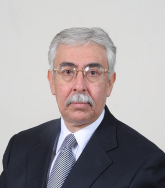 Juan A. Mira is a Plastic Surgeon since 1975 from Valencia, Spain. With more than 200 international diplomas in Cosmetic Surgery, among them those of the Universities of New York, Los Angeles, Dallas and Lausanne, he published in 1981 his first work on "Mamaplastia aumentativa via transareoar inferior: 100 casos" (Revista PlÃƒÂ¡stica CirugÃƒÂ­a Iberolatinoamericana), in 2003 his revolutionary innovation in breast prostheses "Anatomic Asymmetric Prosthesis: shaping the breast" (Aesthetic Plastic Surgery) and in 2010 his "Anatomic Bilateral Contour Mammary Prosthesis: ABCÃ¢â‚¬Â (20th Congress of the ISAPS Surgery in San Francisco). 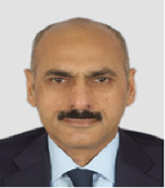 Dr. Omar Mutlak grew up in Iraq and received his BachelorÃ¢â‚¬â„¢s degree from the University of Basra in 1989. He had his higher surgical training in Iraq. He joined equivalent surgical training program in the UK. He became a member of the Royal College of Surgeons of Edinburgh in 2007. He was appointed Senior Clinical Research Fellow at Imperial College London and works as a Surgeon at Imperial College Healthcare NHS Trust, UK. He awarded DIC and MSc in surgical science from Imperial College London, UK in 2008. He Obtained His MD(Res) degree from Imperial College London, UK in 2017. Mr Mutlak Contributed to many national and international scientific conferences and meetings as a speaker, chairman and moderator. He is currently member of the Editorial Board of many international scientific journals. 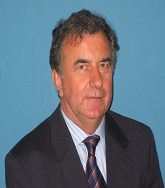 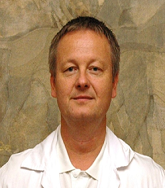 Petr Stadler, Prof, M.D., Ph.D., Head Department of Vascular Surgery, Na Homolce Hospital in Prague, Czech Republic. He was certified as a console surgeon for the da Vinci surgical system in August, 2005 at the University of California, Irvine. Dr. Stadler is a member of the Czech Association of Cardiovascular Surgery, the ESVS, the ISMICS, the SRS and a founding member of the International Endovascular and Laparoscopic Society. He has also received a few prestigious honors from the Czech Association of Cardiovascular Surgery for the best publications in 2004 and 2006, the Letter of Appreciation from Korean Society of Endoscopic and Laparoscopic Surgeons in May 2008, the price of the Czech Society of Angiology for the publication in the year 2007 and the best audiovisual presentation in 2009 in USA (ISMICS) and in 2013 in USA (SCVS). He performed also the robotic vascular operations in South Korea, Russia, Poland and India. 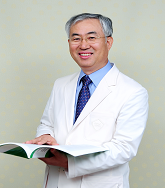 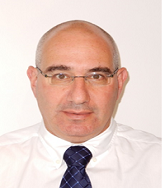 Eitan Heldenberg is the head of the department of vascular surgery, in Itzhak Shamir medical center, Beer Yaakov, Israel. Eitan completed his medical studies in the Technion, the Israeli institute of technology. He was trained as a general and vascular surgeon in Chaim Sheba Medical Center, Israel. Eitan completed an endovascular fellowship in the vascular unit in St. Mary's in London, UK. Eitan's special topics of interest are vascular trauma, carotid disease, mainly the asymptomatic one, and aortic pathology. Eitan is considered as leading figure in vascular trauma management in Israel, currently leading the implementation of REBOA (Resuscitative Endovascular Balloon Occlusion of the Aorta) among trauma patients. Eitan is a member of: the Israeli SurgeonÃ¢â‚¬â„¢s Association, the Israeli Trauma Society, the Israeli Association of Vascular Surgery, the International Society of Endovascular Specialists and a member of the FACTCATS Ã¢â‚¬â€œ Faculty Advocating for Collaborative and Thoughtful Carotid Artery TreatmentsS Ã¢â‚¬â€œ a worldwide group of carotid artery disease experts. 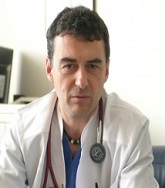 Ivo Petrov is Professor of medicine in the University of Sofia. He received his postgraduate specialty of Interventional cardioangiology from the University of Buenos Aires in year 2001. He is one of the leading pioneers of endovascular therapy in Bulgaria (actual president of the Bulgarian society of endovascular therapy). He did the first interventional treatment of ischemic stroke in Bulgaria in 2004. He is medical director and Head of Department of cardiology, angiology and electrophysiology at University Hospital City Clinic. Under his guidance the department is treating complex vascular pathology from Head to toe performing more than 3000 endovascular interventions per year and became one of the respected teams for scientific and research work. 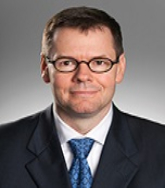 Patrick Kelly, MD, practices vascular surgery, and is a board-certified and fellowship-trained surgeon. He is an active inventor of medical devices with over two dozen issued or pending patents and several approved, physician-sponsored clinical trials. 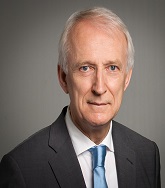 Ihor Huk is the Chairman of Division of Vascular Surgery since 2013 and Director of Vascular Laboratory since 1994, Department of Surgery Medical University Vienna. He completed his Post-graduate education from University of Chicago, Heidelberg. His expertise in Transplant Surgery: since 1984 - kidney, liver transplantations And Vascular Surgery: clinical, experimental research (SPACE-Study, L-arginine study), Carotid Study (Lancet 2010). His is a member of Austrian Society of Surgery, Austrian Society of Angiology, Austrian Society of Vascular Surgery, Ukrainian Academy of High Education, Ukrainian Academy of Sciences, Member of Senats - Zaporizhzhia Medical, Postgraduate Academy. He has been given Honorary titles of: Professor Honoris Causa Universities Medicinalis Leopoliensis No. 009, University of Lwiw, Ukraine und Med. Universitat in Ternopil, Ukraine. He has more than 320 Scientific publications in German, English and Ukrainian national and international. A comprehensive list of publications of journal articles provides an overview of Prof. Huk's research activities. Concurrently, the expert in vascular surgery also gives many international lectures at the most distinguished vascular surgery and medical conferences.

The areas of special clinical focus of this vascular surgery expert in Vienna include, among others, vasodilation (dilation) with stent implantation, embolectomy (removal of blood clots) and carotid artery surgeries. He additionally specialises in varicose vein surgeries, placement of dialysis shunts, aneurysm surgeries of the aorta and periphery. 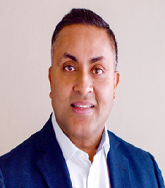 Saket Singh is an anesthesiologist in Pittsburgh, Pennsylvania. He received his medical degree from Kasturba Medical College Manipal and has been in practice between 11-20 years.